The St. Clair River is bordered by the St. Clair Parkway, which has always been a favoured summer drive for local residents. It provides great viewing access to the rafts of ducks and gulls and other migratory waterfowl that congregate near the shore from November to April.

There are many stopping places along the way. Redheads, canvasbacks, scaups, and common goldeneye predominate but the careful observer can often see a Harlequin duck, a Barrow’s goldeneye or a king elder.

Arctic gulls enjoy the ice floes and, in a good winter, it is not unusual to see scores of glaucous and Iceland gulls mixed in with the abundant groups of American herring and great black-backed gulls.

In the winter thousands of ducks (especially canvasback, redhead and goldeneye) use it to feed. Many other species are also seen during the winter. In December of 1995, the rare ivory gull made an appearance north of Sombra for a few days.

Brander Park contains a woodlot with a trail (on the east side of the Parkway). It has a good variety of trees, and is essentially good for watching warblers during migration times. More than 200 species of birds have been recorded in or around Brander Park. 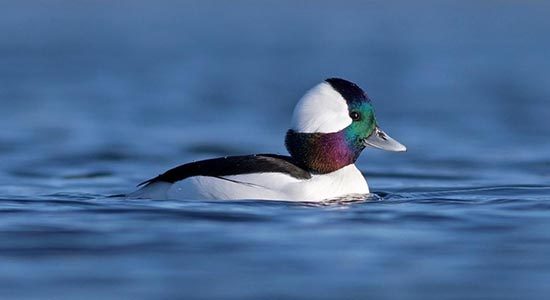 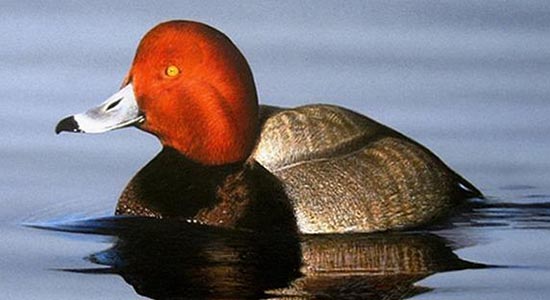 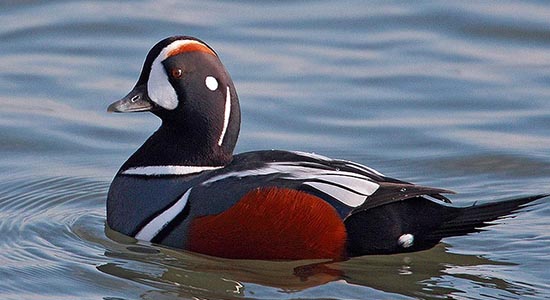